On the last day of my Google Certified Innovator Academy, as well as one of my last days living in London, I sat, nervously, reciting lines in an enormous conference room in the Google London office. In front of me was a gigantic stage that I would soon be on. Behind me were an audience of friends, family, coaches, and Google staff eagerly waiting to toast our graduation with the sparkling champagne being poured on the balcony overlooking the London skyline behind us. My colleagues were seated at tables all around me, also nervously rehearsing the project pitches that we were about to give on that stage, but had prepared only 15 minutes before.

Being a part of the London 2019 Google Certified Innovator Cohort was terrifying/amazing/crazy, and the perfect way to end my year living in the UK and developing my skills as an Education Technology Consultant.

I first heard about the Google Certified Innovator Academy early in my teaching career (6th grade English in Las Vegas, Nevada) as I was learning how to use our school’s new set of Chromebooks in the classroom. At that point, I was still new to Educational Technology in general and was working towards my Level 1 Google Certified Educator. I was immediately taken with the idea of solving the problems in education with a cohort of like minded colleagues and the support of Google, although at that point I knew I had a lot to learn before I would get there - so I made it my 5 year goal to develop my skills and apply to Innovator. I never would have imagined I would be standing on that Google stage only 2 and a half years later.

1. Go for it. You never know what will happen.

My journey to Innovator was fast tracked when I moved to London and, seeing a gap in EdTech skills in the London schools, began working as a consultant for companies like EdTechTeam UK, Google, and TES to write content and deliver trainings on Educational Technology to teachers, administrators, and students around the country. I learned fast as I traveled around the UK, from Scotland to Scunthorp, and worked with exceptional educators, EdTech trainers, and Google employees who all encouraged me to apply for the Innovator cohort in London that summer, and celebrated with me when I was accepted.

However, even with all this incredible experience under my belt, I still felt like an imposter as I arrived at the Google Offices for the first day of the academy. Afterall, I had so little classroom experience compared to my colleagues, and no fancy District Tech Coordinator job title. After just a few introductions in the lobby, however, I quickly realized that everyone was feeling like a bit of an imposter too. Our Google for Education host, Dean, even started the academy off by talking about his own struggles with imposter syndrome as he began working at Google.

2. Everyone feels like an imposter at some point. Own up to it and others will too.

It was a tremendous relief to tackle the imposter syndrome with my colleagues right off the bat, so we could start to dig into the real work. Over the course of the next three days we were lead through a design thinking process, by Future Design School, in order to solve our problem in education.

We were explicitly told to come to the academy with a problem in mind, but not to come with a solution. This was a terrifying prospect. My greatest fear was that I would be the only person at the academy to not be able to think of a single solution, to have no project and nothing to show on that final day.

I don’t think I’m alone in coming to the academy with a couple of solutions in my back pocket, just in case I had total brain freeze and couldn’t think of a single thing. Luckily, I didn't need to use those backups, and I didn't need worry. Working through the design thinking process was my favorite part of the academy, and I was blown away by how much can be accomplished in such a short period of time with the right guidance and encouragement.

Part of that encouragement was to fail and fail often. On each table we had a bell called ‘the fail bell’. Whenever an idea failed or had to be killed, we were encouraged to ring the bell and everyone would cheer wildly. Celebrating the courage to try and to fail.

I’ll never forget the moment when, halfway through the academy, one my cohort members realized her project already existed, and in tears and anguish she had to ring the fail bell. We all gave her a raucous round of applause, and after the shock wore off, she got right back to work and came up with an amazing project that she wouldn’t have created had it not been for the previous fail, and the hard work that followed.

But The Innovator Academy wasn’t all work, our design time was interspersed with short energizer activities (games and reflections), spark presentations (like yoga, magic, and pizza making), plus plenty of great Google food. Then, there were the post-academy visits to the pub, and a party on the second night which not only included a live band and lots of singing and dancing, but also chair massages, caricature sketches, and the most amazing view of London from the rooftop balcony.

As you can imagine, it was a little difficult for some of us to make it to an 8am breakfast the morning after our party, but that last day included the most gratifying moment, when each and every one of us walked onto that stage and pitched our projects.

We walked proudly onto that stage filled with the joy and excitement of the past three days, filled with pints from the pub, the lyrics to “Hey Jude” lingering in our head, and filled up with the support from one another.

The best part of Innovator is that after it was all over, it wasn’t all over. We still keep chatting on our group text chain, and tagging each other on Twitter, and we’ll be working on our projects all year with the support of our coaches, mentors, cohorts, and teams. Plus, Innovator hosts events all over the world to re-engage and re-inspire graduates, to keep thinking about and pushing for the changes needed in education. Because if not us, then who? And if not now, then when?

A huge thank you to LON19 for everything!

The next Innovator Academy is in Sweden and the closing date for applications is September 6th. You can get more information here.

5 Things You Forgot Google Classroom Can Do 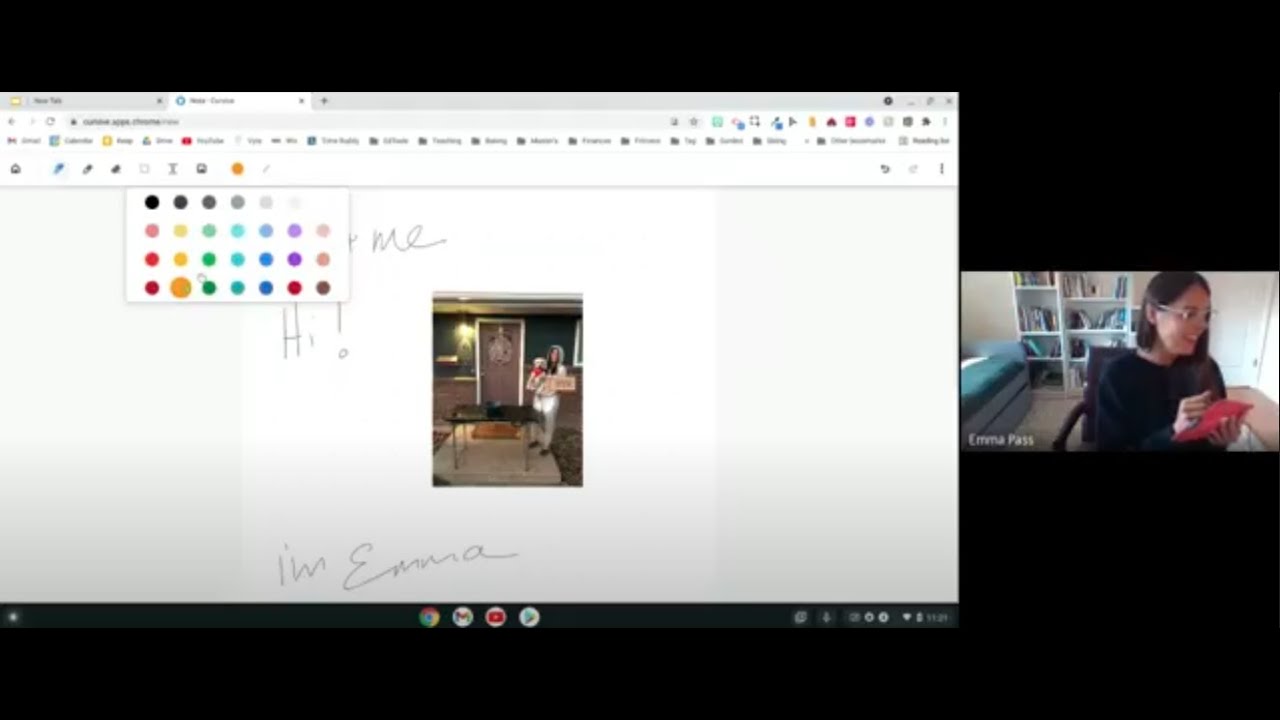